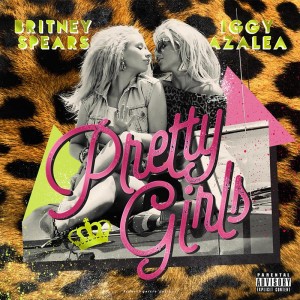 We’re almost there! Yesterday before I went to sleep, Iggy and Britney was busy shooting the music video for their next number one hit that is Pretty Girls which is produced by The Invisible Men who is the producer for several hits like Fancy, Black Widow, Do It Like A Dude, and mores. Britney is ready to be the new Urban Queen? Yeah, I think so too.

The music video is going to have the 80s vibe. There’s also a rumour that they’re going to pay tibute for Romy and Michele’s High School Reunion. Since Iggy co-directs the video, who is the main director by the way?, it might be possible because Iggy loves to pay tribute to classic movie just like when she did Clueless for her Fancy music video, and Kill Bill for her Black Widow music video.

Pretty Girls will hit the world on May 5th. So get ready guys. If you want to have a little snippet of the song, you can listen to it towards the end of this video bellow: