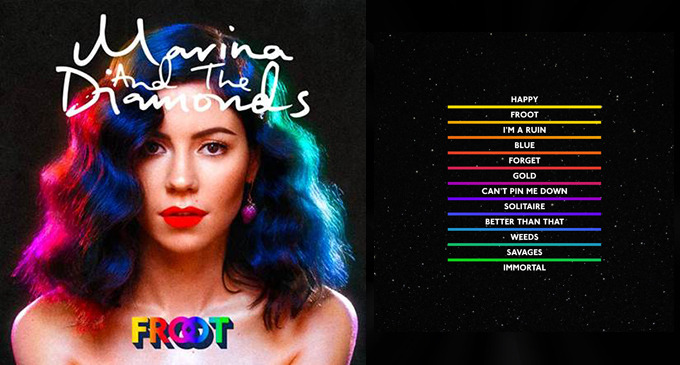 I was reading my favorite Britney Spears forum, Universe, then suddenly I saw one thread titled FULL FROOT ALBUM DOWNLOAD I was shocked to the death and quickly opened the thread. Later I found out Marina and The Diamond’s long anticipated album has just leaked album 2 months before the release. She must be mad right now.

And of course I will buy this album. I mean Froot, the song, alone is flawless. Clearly one of the best song by her. I’ve just listened to the whole album and let me tell you this IT IS SO EFFING AWESOME! I’ll post my track by track review in 2 months when the album is officially out.

And here is my rating for the tracks off of FROOT:

I really hope she releases a deluxe version of this album so we could hear more songs by her. And by the way I just got the information that the leak happened because her label in Brazil gave CDs to the press for an early review. But look at the mess that they’ve made now.