It’s been more than a year since the Balinese along with groups of volunteer activists fight against the government’s plan to create a new land (or known as land reclamation) in the sea area of Benoa Bay. The result of the planned project will be a 800 hectares man-made island, in which a Formula One race track, theme parks (like Disney Land, perhaps?), horse race track, hotels and restaurants, and of course art center will be built.

In 2013 Bali’s Governor told the public about the objectives of this project, which is t to create a new tourism spot, to expand Bali’s land area, to protect Bali from Tsunami, and a lot more that I will of course counter against it in the next sections of this post.

When I read the statement released by the Bali’s Governor, I was like “This guy can’t be serious, right?” And a year later, I realized, he IS serious. I mean thousands of Balinese already went down the street and held a demonstration about how they are not for it. But the Governor seemed like

Does he even bother to watch this?

In one part of the released statement, the Bali’s Governor (I don’t even bother to say his name) said that this project will help improving people’s standard of living around the Benoa Bay. And I was like, “Sir, you basically are just going to kill their career!”

Most of people around Benoa Bay are either a fisherman or an owner of water sport activities. Bali’s Governor logic: Let’s just replace the sea with a brand new shinning flawless land so they can improve their standard of living.

But let’s just say that it IS his intention to make people around the bay to change their occupation from fisherman to  I don’t know: manager, bartender, cashier, or even janitor in the new land. But wait, why does he think those people have the qualification to do that thing? I mean, just because you’re Balinese doesn’t mean you will get a job in the new land.

“Hi, I was a fisherman, now I’m responsible for the service in this Formula F1 track” 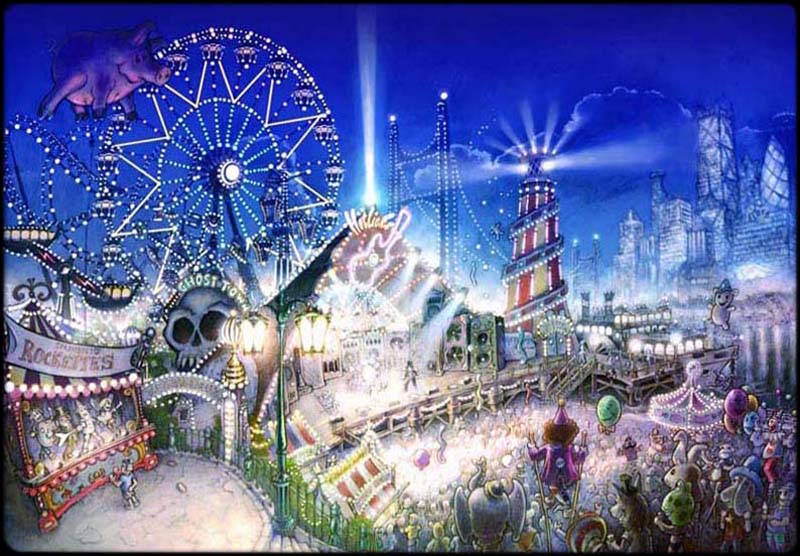 Bali’s Governor Logic to Solve Low Standard of Living: Build Theme Parks, where The Ticket will probably cost more than most of local people’s monthly income.

Sure, it would be great for many people when they go back to Bali, they can experience a new travel destination such as Universal Studio, Disney Land, or F1 Circuit that they obviously can’t find in another country. Good idea, Sir. But I doubt most of tourists who visit Bali haven’t even heard about the other part of Bali like Negara, Lovina, Amed, and even Menjangan.So why don’t you improve those which already exist and then promote it so you can actually improve people’s standard of living?

West Bali National Park: Even I personally haven’t been there! People will go to Bali just to see something like this instead of something that they can see in another part of the world!

There are a lot to improve, Sir!

Be at least as innovative as these two sisters:

The Government actually is on that way too, but we’ll see the result

And was he serious about building another art center? Last time I check the one in Denpasar is just… empty. I bet this one will even be emptier.

And wait, did he really say the new island will protect Bali from Tsunami?

Something Fishy And It’s Not A Fish

Why did the last president even bother to fix something that’s not broken?

And there we go with the pro-reclamation people. They started making surveys, videos, etc.

Except the uploader is just a random anonymous guy behind his old laptop and… it was Full Moon. No surprise there were a lof of Balinese there.

Balinese People Are For Benoa Bay’s Revitalization. Mess at them trying to create a new word for Reclamation

Joko Widodo, our president, must as soon as possible, delete that presidential decree that allows Benoa’s reclamation and Bali’s governor needs to go to elementary school and start relearning about Tri Hita Karana which teaches us about the harmony among people, with nature and also God.

And Which Side Am I On?

And of course you can sign thousand of petition out there, but I doubt it will help us to stop the plan. What we can do is only to spread the word about this plan!