A couple of minutes ago Pokemon officially revealed the starters, the legendaries and the region from the up-coming game Pokemon Sun and Pokemon Moon which will be released on Friday, November 18, 2016! Now save the date.

The rumor about all three starters turned out to be real: owl, cat and a seal and here is the three new starters: 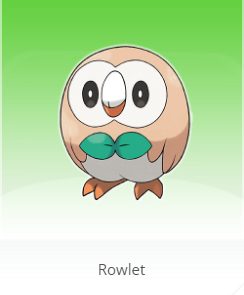 Rowlet is a grass quil Pokemon and yes it is also a part of Flying-type. 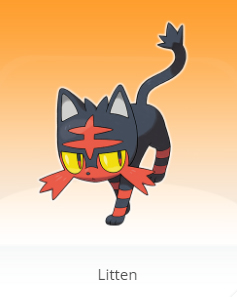 Litten is a fire cat Pokemon

Popplio is a sea lion Pokemon

And the speculated region to be based on Hawaii turned out to be true too! I am so excited what kind of story will be told in this Pokemon Sun and Pokemon Moon game.

Just a couple of minutes ago I also discoverd that you can choose 8 options for your character: 2 gender, 4 skin shades. And this is amazing. I finally can be that hot tanned Pokemon trainer.

And as for the legendaries, once again the rumor turned out to be true: a lion and a winged Pokemon! I don’t really like both of them, hope they grown on me though. As for now, I choose the Moon one just because I always end up choosing the ‘blue’ box art.

[This post will be updated in a couple of mins]