One sunny morning I sat on my desk at my beautiful office in Stuttgart, Germany while staring at the monitor screen hoping the render progress bar of Sony Vegas would move. But it didn’t. I smashed the table and got fired.

Monkey as Me at Work

with Windows Task Manager. It took me hours before I completely rendered one video, well… I didn’t just sit and stare the screen. I decided to change the format, size, framerate, everything. In the end I ended up with a 5GB file, AVI extension, and a less than 2 minutes video. What the heck!

She gave me feedback to change this and that. Noted. I made the change and still tried to render the video with the lowest size possible and the best quality possible. I clicked render. 5%, 30%, 60%, 75%. And Sony Vegas decided to stop to see me flip the table.

It never happened before, so I thought there’s a problem with one of the materials that I used for the video, either it’s the PNG files, the screencast video, I didn’t know.

Until I decided to do a lil change in the preferences. 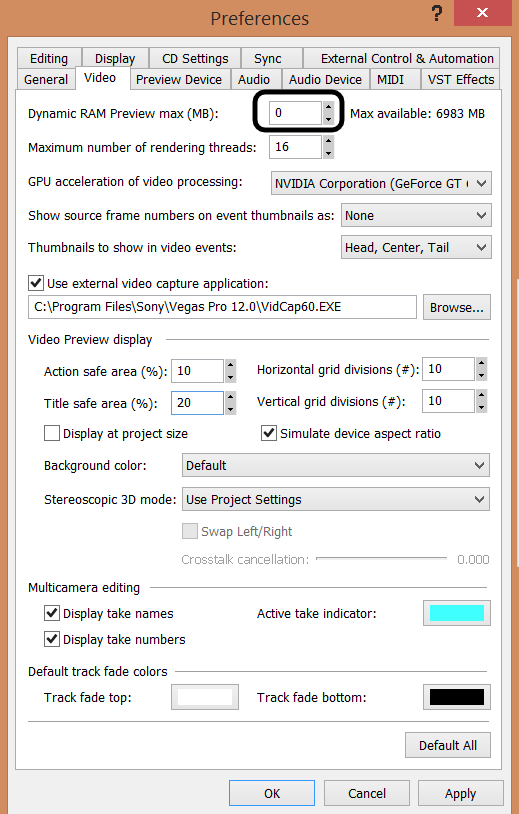 Go to Option, Preferences, Video, and then change any value of Dynamic RAM Preview max to 0